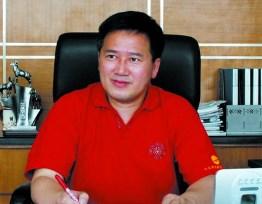 Self-introduction
Professor Xing Wang Deng was a Daniel C. Eaton Professor in Yale University. He got his Ph.D in University of California, Berkeley in 1989 and started his research group in Yale University in 1992 as an assistant professor. He was promoted associate professor in 1995, and full professor in 2001. His work has been reported in around 300 peer-reviewed publications, 14 in “Nature”, “Science” and “Cell” journals. Prof.Deng was awarded The Kumho Science International Award in 2003 and was elected as member of US National Academy of Sciences in 2013.

Research Interests
Professor Deng’s research is focused on light-mediated development in plants. Light is not only the major energy source, but also one of the essential environmental factors affecting the plant development throughout their life circle. COP/DET/FUS act as key repressors in photomorphogenesis. These proteins consist of 3 distinct E3 ligase complex and targets downstream substrates for ubiquitination and degradation, thereby repressing photomorphogenesis. We specifically focus on the following two areas:
1.Molecular mechanism of photomorphogenesis in plants
2.Molecular design breeding in crops