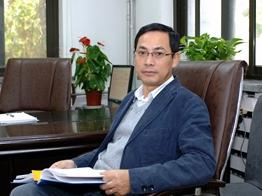 His research interests include

Fuquan Fang has made influential contributions to low-dimensional Topology, Riemannian Geometry and Geometric Analysis. As an early career scientist, Fang solved a long-standing open problem left by Haefliger-Hirsch on “Smooth embeddings of 4-manifolds in the 7-dim. space”. Joint with X. Rong, Fang obtained the “finiteness theorem for manifolds with positive pinched sectional curvature” (independently by Petrunin-Tuschmann). He is currently an Editorial Advisor for the London Mathematical Society journals (the Journal, Transactions, and Bulletin). He currently also serves on the editorial board of the journals: Differential Geometry and its Applications, Frontiers of Mathematics in China, Sciences China Mathematics etc.