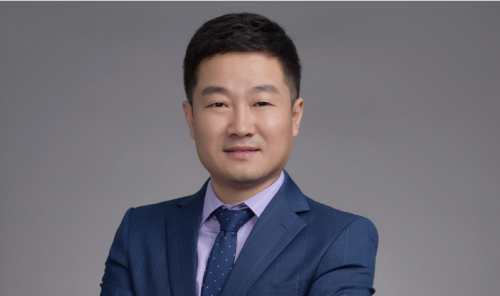 Dayong Jin is a chair professor at Southern University of Science and Technology (2019-present). He did his PhD in 2007 at Macquarie University. He moved to the University of Technology Sydney in 2015 to direct the Institute for Biomedical Materials & Devices (IBMD) and was promoted to Distinguished Professor in 2017. His research has been in the physical, engineering and interdisciplinary sciences, with expertise covering biomedical optics, nanotechnology, microscopy, diagnostics and automation devices. Prof Jin is the winner of the Australian Museum Eureka Prize for Interdisciplinary Scientific Research in 2015, the Australian Academy of Science John Booker Medalist in 2017, and the Prime Minister’s Malcolm McIntosh Prize for Physical Scientist of the Year 2017.

National Honors and Awards
2017   the Prime Minister’s Malcolm McIntosh Prize for Physical Scientist of the Year
2017    the Australian nominee for the APEC Science Prize for Innovation, Research and Education 2017 (by The Minister for Industry, Innovation and Science Senator the Hon. Arthur Sinodinos AO and the Australian Academy of Science)
2017    John Booker Medallist (by the Australian Academy of Science). The John Booker Medal in engineering science is awarded annually by the Australian Academy of Science to recognise outstanding research in the sciences that underpin chemical, civil, electrical, mechanical or materials engineering, and their associated disciplines.
2016   Listed by the Knowledge Society and the Office of the Chief Scientist in conjunction with The Australian newspaper as one of Australia's "Knowledge Nation 100", described as "visionaries, intellects, founders and game changers building the industries and institutions that will underwrite the nation’s future prosperity"
2015  Led the SuperDots team, along with Prof. Tanya Monro from the University of South Australia and Prof Bradley Walsh from Minomic International Ltd, and won the UNSW Australian Museum Eureka Prize for Excellence in Interdisciplinary Scientific Research - one of Australia’s most prestigious science awards.