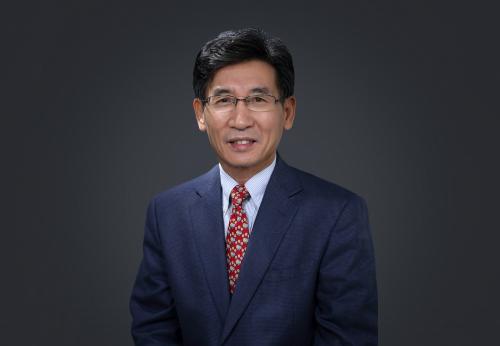 Qi-Kun Xue obtained his BSc in Shandong University in 1984, and PhD in condensed matter physics from Institute of Physics, the Chinese Academy of Sciences (CAS) in 1994. From 1994 to 1999, he worked as a Research Associate at IMR, Tohoku University, Japan and a visiting Assistant Professor at Department of Physics, North Carolina State University, USA. He became a professor at Institute of Physics, CAS in 1999. He was elected into The Chinese Academy of Sciences in 2005. Since then, he has been a distinguished professor at Department of Physics, Tsinghua University. From 2010 to 2013, he served as Chair of Department of Physics and Dean of School of Sciences prior to being Vice President for Research of Tsinghua University from 2013 to 2020. Since 2017, he has been Director of Beijing Academy of Quantum Information Sciences. He has been President of Southern University of Science and Technology since November 2020. He was elected as a Fellow of American Physical Society in 2016. He won the TWAS Prize in Physics in 2010, the Future Science Prize for Physical Sciences in 2016, State Natural Science Award (the First Prize) in 2018, The Fritz London Memorial Prize in 2020, Outstanding Contribution Zhongguancun Award, Beijing Science and technology Award in 2020, Fudan-Zhongzhi Science Award in 2020.

His research interests include scanning tunnelingmicrocopy/spectroscopy, molecular beam epitaxy, low-dimensional and interface-related superconductivity, topological insulators, and quantum size effects in various low-dimensional structures. He has authored/coauthored ~500 papers with a citation of ~23000 times. He has presented 180 plus invited/keynote/plenary talks at international meetings/conferences. Currently, he is the Associate Editors-in-Chief of National Science Review, the Editors-in-Chief of Surface Review & Letters, and on the Editorial Board of Applied Physics Letters, Journal of Applied Physics, AIP Advances, Surface Science Reports and Nano Letters.