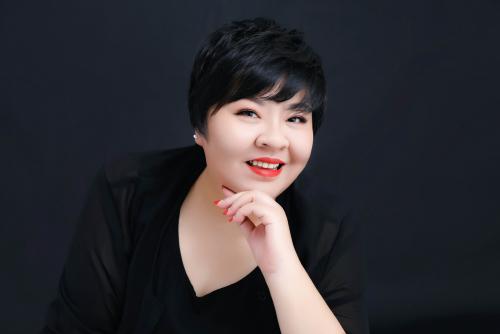 Prof. BI Baoyi, a German mezzo-soprano, is the Professor of the Arts Center of Southern University of Science and Technology, President of Shenzhen Arts and Science Association, and Vice Chairman of Shenzhen Musicians Association. She is also a member of the Standing Committee of the Voice Major of Chinese Arts-Medicine Association; a member of the Standing Committee of the Aesthetic Education Steering Committee of Guangdong Province; a member of the 16th Central Committee of the Chinese Peasants and Workers Democratic Party; the Resident Opera Director of Shenzhen Grand Theatre; the overseas high-level talent on Peacock Plan; the Distinguished Professor of the Opera Center of Central Conservatory of Music; the Chair Professor of Northeast Normal University Scholars; an Academic Advisor of the Sabah Institute of Arts in Malaysia; the Distinguished Professor of the Lerik Opera Center in Weimar, Germany; and the Art Consultant of BTV Global Spring Festival Gala.

Born in a family of musicians in Beijing, Prof. BI has lived in Europe for more than 20 years. She is taught by two famous opera singers, Prof. GUO Shuzhen and Prof. LI Xinchang at home. Graduating with honor credit, the highest music degree in Germany and qualification certificate, she used to study in the Center Music School of Moscow Russia Conservatory, the University of Moscow Russia Conservatory, Liszt School of Music Weimar and Musikhochschule Lübeck and has got her doctor degree. She has won the First Prize in the 2nd Anna Maria Annali International Vocal Competition, the Third Prize and Best Audience Award in the 21st Robert Stolz International Vocal Competition Judge Committee in Hamburg Germany; and the Special Jury Prize at the Hakurei-Dalkere International Vocal Competition in Romania.

In the recent years, she has signed with many opera house in Europe and played many famous and classic female mezzo-soprano characters successfully. In the Mozart’s opera, La Clemenza di Tito, she plays Sextus. In Lubeck Brahms Music Festival, she performs the new made Wagener’s opera Parsifal with Czech Puppet Troupe and played the female protagonist Kunduri. In Chi Mar Roza’s Különös házasság, she plays Faye Dharma.

Prof. BI has long been dedicated to singing, teaching and promoting German and Austrian art songs. She and Japanese piano art director Prof. Kaori Kitamura have been working together since their school days in Germany, and have successfully performed many special concerts of German and Austrian art songs, held master classes and special lectures for more than 20 years, and covered concert halls and universities in Hangzhou, Xiamen, Chongqing, Guiyang, Shenyang and other places in China, causing strong reactions in the industry. The world's top recording company exton released their album "German and Austrian Art Songs" in 2019.

She helped to direct the Central Conservatory of Music Version of Verdi’s opera Aida and won the outstanding performance award during the 2nd Chinese Opera Festival organized by the Cultural Department in 2004. In 2018, as the Chinese director, she successfully directed the original opera "Daughters of the Earth" by the French Bordeaux Opera and Shenzhen Opera and Dance Theatre. Prof. BI has also directed many popular operas, such as Iolanta, The Marriage of Figaro, Bastien und Bastienne, The Theatre Manager, etc.

Prof. BI was assigned as the Center Director of the Arts Center of Southern University of Science and Technology in 2016. As the project leader, she successfully declared the National Art Fund "Opera Director Talents Training" and completed the implementation of the whole project. She has also declared the "Research on Chinese Contemporary Original Opera Art" as the Guangdong Province's Philosophy and Social Science Project under the "Thirteenth Five-Year Plan", the "2019 Shenzhen Art and Science Forum Report" and the "2019 National Art Fund Opera Director Talents Training Project".