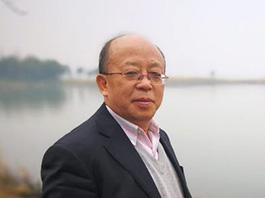 Before Joining SUSTECH, Professor Chen was a faculty member of special appointment and a PhD mentor (in comparative poems and comparative literature theories) at Peking University (PKU). In addition to teaching responsibilities, he was the Chair of the Chinese Language and Literature Department, an administration committee member, the organizer of undergraduates’ education reform, and a committee member of the PKU recruitment program. Professor Chen was also the head of the Center for Cross-Cultural Studies and the Chinese Poem Academy at PKU. Professor Chen received Special Government Allowances of the State Council for outstanding scholars in 2015. He was the chief editor of the journal “Comparative Literature and World Literature” (English and Chinese), and was the chief expert for the national social sciences project “research on the examination of the national language competence and the categorization of the testing system.”

Professor Chen was invited to visit, teach and give talks at Macao University, Chungnam National University (south Korea), Shih Chien University (Taiwan), Hong Kong University, and Leiden University. He is currently the Vice President and Director of the organizational committee of the Chinese Comparative Literature Society.