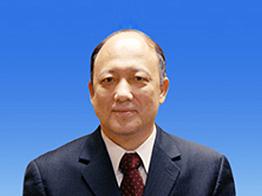 Professor Chen Shiyi studied mechanics and received his first degree in 1981 from Zhejiang University. He then had his postgraduate study at Peking University, receiving an MSc degree and a Ph.D. degree in 1984 and 1987, respectively. He was elected as an Academician of the Chinese Academy of Science in 2013 and was elected a Fellow of American Physical Society (1995) and a Fellow of the Institute of Physics (2004).

From 1987 to 1994, Professor Chen had been a post-doctoral fellow, an Oppenheimer Fellow, research staff and the group leader at the Los Alamos National Laboratory, USA. From 1994 to 2000, he was a research staff member at the IBM Research Division. He moved to John Hopkins University in 2001 and served as the Chair of Department of Mechanical Engineering from 2002 to 2004. He was the Alonzo G. Decker Jr. Chair in Engineering and Science at Johns Hopkins University before he became the Dean of the College of Engineering at Peking University in 2005. He was Dean of Graduate School of Peking University from 2011 to 2015 and then Vice President for Research from 2013 to 2015.

He did outstanding research in lattice gas methods in which he created important analysis approach and led engineering applications. He also made significant contributions to the high-performance computing and fundamental studies in the theory of turbulence. For these reasons, the American Physical Society elected him as a Fellow in 1995, as did the Institute of Physics in 2004. The Chinese Academy of Science bestowed the highest possible honor upon Chen by conferring the title of Academician in 2013.​ He was elected as one of the World Academy of Sciences for the Advancement of Science in Developing Countries (TWAS) Fellows in 2018.

From January 2015, he took office as the President of SUSTech.