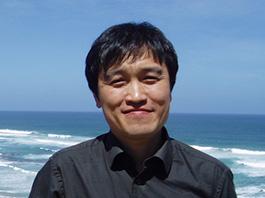 Wu Yan is a science fiction writer and professor in the Humanities Center at Southern University of Science and Technology. He has also served as the Director of Science and Human Imagination Research Center since last year. Wu Yan has published several works of science fiction, including: Spiritual Quest (Xinling Tanxian), and Life and Death of the Sixth Day (Shengsi Diliutian). His short stories, such as “Mouse Pad,” have been translated into many different languages.

He has received numerous awards including: The China National Book Award, the Five Best Cultural Works Project Prize, the National Prize for the Popularization of Science, the Bing Xin Literature Award, the Chinese Nebula Award and the Galaxy Award for Science Fiction. He has also been engaged in academic research, contributing to publications such as the “Outline of Science Fiction Literature” (Kehuan Wenxue Lungang). He is the editor of numerous scholarly works and has co-edited in English with Kerry Mallan and Roderick McGillis on (Re)imagining the world: Children’s Literature's Response to Changing Times. He is also a guest editor of the Special Edition of Chinese Science Fiction in the journal of Science Fiction Studies (SFS). Wu Yan is the pioneer of science fiction education and created the first SF curriculum in 1991 at Beijing Normal University. He has been the Vice-Chair of the China Science Writers’ Association（CSWA) since 2017 and was the President of the World Chinese Science Fiction Association (WCSFA) from 2010-2017.