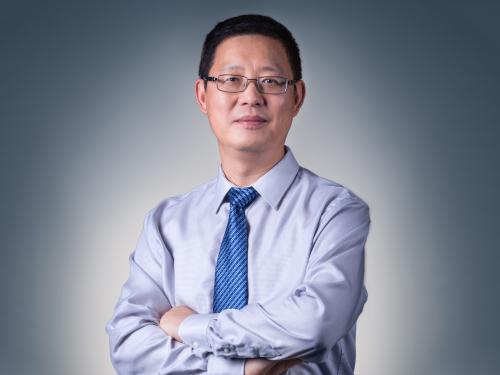 Amongst many important discoveries, his team was the first to demonstrate that axon guidance molecules exacerbate brain function recovery after stroke through inducing axon shortening and active neuronal death. His team was also responsible for the seminal work showing that transcription factor E2F1 mediates the death of postmitotic neurons and that E2F1 regulates neuronal death in stroke brain. These studies revealed novel targets for the development of new drugs to promote brain function recovery. He published a series of high impact reports on molecular mechanisms of neuronal death (J Clin Invest, J Neurosci, JBC, Mol Cell Biol,) which were widely cited by other research groups. His team also made technological advancement in successfully constructing several hypoxia-inducible, neuron-specific adenoviral expression vectors, which have potential important clinical applications. The long-term goal of his research is aimed at reducing stroke-induced brain damage and speeding up recovery process through new scientific discoveries and technological innovations. The impact of his work is to reduce socio-economical burden to the society due to stroke-induced incapacity of brain function.
Born in 1963, Professor Hou received his doctoral degree from the Faculty of Medicine, University of Glasgow in 1991. His doctoral study was supported by a full University of Glasgow Graduate Scholarship and a prestigious Overseas Research Student Award from the UK. After successfully completing his postdoctoral training at the Institute of Psychiatry, King’s College, University of London (1991-1993)，and the Department of Biochemistry, University of Bristol (1993-1996), Dr Hou was recruited by the National Research Council of Canada as Assistant Research Officer in May 1996. Since then, Dr Hou has risen to the rank of Group leader, Senior Research Officer (tenured position) and Adjunct Professor at the Department of Biochemistry, Immunology and Microbiology of the University of Ottawa to train doctoral and postdoctoral students.
Dr Hou received many awards and research grants from research organizations of Canada, UK, and China. He was Principal Investigator and Project Leader of several Canadian National Research projects, a Canada-China Joint Health Initiative project and two Canada-British Council Joint Research Projects.