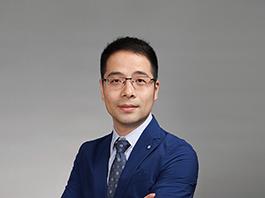 Jiping Jiang received Ph.D. degree in Environmental Science and Engineering from Harbin Institute of Technology in 2013. He had oversea study experience at University of New South Wales, Australia during 2011-2012. Prior to his current appointment, he was a lecturer of the School of Environment at Harbin Institute of Technology. His research interests include environmental informatics, surface water quality modelling, planning and management, and climate change impacts on aquatic environment.

Dr. Jiang has published about 40 peer-reviewed international and Chinese journal papers such as Water Res. and J. Hazard. Mater. with over 900 citations (Google Scholar) and H-index 11, and carried out more than 15 research projects (5 as principal investigator) and 3 engineering projects. 6 national software copyrights and 1 patent were approved. He was invited as reviewers for water-related international journals, including “Water Res.”, “Sci. Total Environ.”, “J. Hydrol.”, “J. Hydroinform.”, and severed as Guest Editor of SCI&SSCI journal “Sustainability” and the corresponding reviewer for National Science Foundation of China.